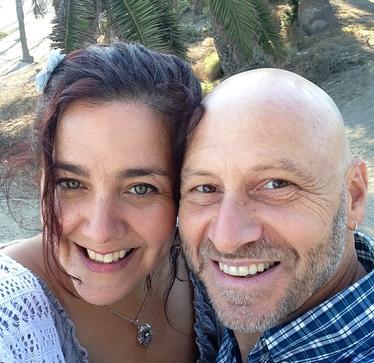 Lisa is a church and conference worship leader, songwriter, teacher and mobilizer in the body of Christ Internationally. She has lived in Switzerland, South Africa, Germany and England--ministering in over 20 nations through Youth With A Mission.  The pinnacle of her time in YWAM would have to be her time in York, England (2010-2015) when she was also staff of St. Michael Le Belfrey church.  She pioneered prophetic ministry there and helped to establish a thriving ministry of training that impacted the entire region with practical and accessible teaching in prophecy. The ministry encompassed  training, development, prophetic appointment teams, intercession and evangelism.  She also pioneered the Burn 24-7 in York and was a part of core team to open up St. Cuthbert's house of prayer in that time. Lisa was with YWAM for 21 years before moving to the Los Angeles area in 2015 where she pioneered the Burn 24-7 South Bay Los Angeles and met her husband, Michael Dimmitt. Lisa met Michael Lee Dimmitt at the launch of the Burn in November 20, 2015 and eventually married Michael on September 3, 2016. Michael helped Lisa to  run the Burn while they lived in LA. Now they work together in building up the body of Christ in Berlin with Mission Enablers International and Essence Ministries.

Michael  brings over 30 years of experience in worship ministry and walking with Jesus his whole adult life, serving on teams, pastoring for a short time as an associate in a church plant, and a rich history of coming alongside the church in every aspect of service. Lisa is excited to work with Michael as he is skilled in IT work as well as musical instruments.

Lisa's passion is in seeing the body of Christ come together in unity while helping people hear the voice of God and find their place in the church. She loves worship and the presence of God as well as training people in God's ways. Michael is passionate about people and has a pastoral heart. He has always loved music and his first major in university was music and missions--something he is excited to finally pursue in his 50's.

Michael is passionate about people and music. He loves to meet new people and champion everyone he meets. People would describe him as a helper because he helps wherever he can, whether its fixing a bike or household good or setting up the stage at church. With this pastoral heart, he also loves to play music and is talented not only as a piano layer but proficient on the guitar, bass and drums.

Lisa was born in San Jose, California to parents who were born in Guatemala and Mexico. Through her family and experiences she has come to love cultural diversity, especially after living in London, England as a teenager, traveling to 25 countries by the time she was 16-years-old.  Though she has a background in going to church as a toddler, she did't come to know Christ personally until she was in her late teens. Her first missions trips to Mexico helped give her a heart for the nations and as an outreach worship leader in Argentina in her early 20's, she began to see how worship can bring

Michael  was born in the Seattle, Washington area but spent a lot of time moving around--especially as an adult in the Idaho and Montana area although he finally settled in California in 1999.  He has a particular good apptitude with his hands and anything mechanical and started his own roofing business when he was living in Northern Idaho. He is new to full time ministry/mission and is enjoying his first full time missionary adventure. The team in Gnadenhaus were especially grateful for Michael's skills as he filled the roll of maintenance man by installing a new roof on one of our sheds and making fixes around the house.

Lisa joined YWAM in 1994 after receiving her B.A. in Journalism in 1992 and working in the field two years. She quickly realized she would never be happy outside of her calling to reach the nations for Jesus.  Two prayers propelled her early in Christian life "Be glorified on the earth, Lord!" and "Make me radical for you!"

Her first five years in YWAM, Lisa staffed and led schools of worship in Hawaii and Los Angeles from 1995-2000 at the University of the Nations. She learned a lot about leading worship cross-culturally as well as serving faithfully in every aspect of training and management. She initiated the first ever training for staff and re-vamped the School of Worship curriculum during her years in Hawaii.

From 2000, Lisa shifted her focus to Europe where she was based in Germany in preparation for travel around the continent of Africa for a prayer tour initiated by the International Prayer Centre for YWAM. Her understanding of how to pray in faith was significantly enriched during this time of ministry.

After this trip, Lisa moved to YWAM Lausanne, Switzerland. Lisa's goal was always to lead worship in multi-cultural settings so she began learning German and French during her time in Europe and began to lead worship in YWAM conferences and around Germany in conference settings. Lisa staffed and led discipleship schools in Lausanne, Switzerland from 2001-2005 and then moved to Berlin, Germany in 2006 where she focused more on weekly outreach and evangelism and discipleship of young people in the city. She also hosted outreach teams and started traveling Internationally, teaching in Discipleship and worship schools in Norway, other parts of Germany, Sweden and Hungary. In  between all of this she recorded her first CD "Let it be Said" and has another demo after this and continues to write worship songs for conferences and worship times.

In 2010 Lisa moved to the UK where she joined YWAM in York, England. Within two years, she was established in the city and began several ministries including the Burn 24-7 in York. She managed to bring churches together for a 100 hours of non-stop worship and prayer into Pentecost for three consecutive years.  She also came on staff of St. Michael le Belfrey, pioneering prophetic ministry at the church in 2012. The ministry encompassed prophetic training courses, training weekends and a large team of prophetic people who ministered at conferences, Burns and church services in the prophetic. The training courses trained pastors and ministry teams across York and North Yorkshire by the time she left in 2015.  She was also part of the founding team of St. Cuthbert's house of prayer where she pioneered a monthly training in prayer and spiritual gifts called The Gathering in this time. Lisa left in the summer, 2015 to move to LA where she pioneered the Burn 24-7 in the area and is now living in Berlin and still part of Burn 24-7 in the city.

Her latest adventure is Essence Ministries which is a ministry working to resource local churches with accessible teaching on the prophetic and train those who will pass it on in their churches and ministries.